Middle East to invest heavily in smart grids over next decade

As governments push ahead with ambitious programmes to ramp up power supply and integrate renewable energy into their generation portfolios, smart grids are beginning to play a much greater role in the Middle East’s utilities sector.

Smart grids aim to collect information about consumer habits using smart devices. This information can then help improve the efficiency, reliability and economic sustainability of the network. “There is a strong push for smart grid development in the region by governments and service providers,” says Gabor Eisenbart, Founder of SunMoney Solar Group.

“The procurement and installation of IoT devices for smart grid is ongoing. IoT devices are becoming cheaper and therefore they are expected to spread rapidly in the region. The integration of these devices into the grids will be a natural next step in the evolution of electricity networks in a few years.”

In order to make optimal use of the electricity generated by growing renewable energy sources, Eisenbart highlights the importance of having a transparent and a real-time monitored electricity grid which can also save time and money.

“It can even eliminate unauthorised power consumption and over-consumption, making more efficient use of the existing infrastructure, reducing congestion and thus the risk of grid failure,” he adds. “On the consumer side, customer service processes will be significantly simplified and more efficient. This can lead to further cost reductions for operators. Overall, the importance of smart grid deployment lies in the optimisation and controllability of consumption.”

Others spoke of the smart grid approach as one that is placed at the heart of the energy transition and decarbonisation, and one of the keys to optimising the energy system. Some of the benefits mentioned include optimising electrical energy management and peak demand, planning, overseeing and improving the use and production of energy on site, and creating economic value from the flexibility offered by managing energy systems and energy storage.

The Middle East is expected to spend heavily on upgrading grids in the coming decade as utilities seek to improve efficiency and reduce system losses and carbon emissions. According to the Energy & Utilities Market Outlook Report 2020, smart grid investment in the Middle East and North Africa (Mena) is on track to reach US$17.6 billion by 2027, demonstrating the increased focus on renewable energy sources.

“The outlook for the region’s electricity sector is strong, with demand expected to more than double in the coming years, requiring a significant increase in generation capacity. The shift from traditional fuels to renewables is inevitable and with that comes the creation and development of new, viable ways for clean energy sources to make up more of the region’s energy mix.”

Smart grids are expected to contribute to the region’s aims of achieving carbon neutrality and have the potential to decrease future costs thanks to their flexibility. As energy demand increases in the region, the local load growth could require the construction of thousands of kilometres of transmission lines and hundreds of substations, should the concept of traditional grids be applied. “Smart grids, on the other hand, offer a viable alternative, which can be utilised to more rationally expand existing grids,” Syed notes.

“They offer a solution to ageing equipment, providing options for upgrade that will allow grids to operate more efficiently and cost-effectively. They also minimise the risk of blackouts, burnouts and power surges, which plays an instrumental role in keeping maintenance and asset lifetime costs owns. Perhaps most importantly, smart grid technology will empower consumers, giving them near real-time control of their energy bills and facilitating large-scale vehicle charging.”

Infrastructure, whether for energy, water, transport or telecommunications, is a fundamental part of a modern city. As smart cities and smart grid technologies evolve, the changing urban infrastructure is providing a variety of benefits, from reduced congestion to greater efficiency, as well as better security, health and wellbeing for citizens.

“Yet more than 97 percent of the current building stock lacks smart and data-led capabilities,” says Prabhu Ramachandran, Founder and CEO of Facilio.

“Smart city integration does not make individual buildings smart. While it may encourage the adoption of smart building technology, much more must be done to raise the standard intelligence of buildings, which will lead to better grid-interactive enhancements and, in turn, help municipalities and national governments meet sustainability goals – to truly unlock the potential of smart technologies, cities must incorporate infrastructure, buildings, and people into their strategy.”

Significant challenges remain for utilities and urban planners, with the influx of new technologies and intermittent renewable energy resources requiring suitable storage solutions to ensure a reliable supply of electricity on demand. On the utility side, Eisenbart suggests the development of energy storage devices, and the mass deployment of smart meters and IoT devices for consumers.

“Improving the IT background of service providers is also essential for efficient operation,” he adds. “Subsidised electricity prices in the region are also discouraging to consumers in using energy more efficiently or using devices that help optimise energy use. These are the main challenges, coupled with high implementation costs of smart grids.”

Chartrain notes other obstacles, including delivering synergies and an integrated approach to electric energy and cooling demand with mutualised production sites for renewable energies and cooling systems, as well as energy storage points, consumption points and the development of new uses.

Smart grids require a clear and telegraphed commitment from governments to support the required investment. This public support is said to be essential for the modernisation of the grid and its compatibility with new technologies. “This support is not limited to public funds,” Syed explains. “It also extends to a clear strategic plan, which provides a clear roadmap to the design of the grids of the future, offering transparency of operations and visibility for investors.”

Technological upgrades will be needed, such as smart generation, which optimises energy production and ensures grid code compliance. All of these are critical for the stabilisation of the grid.

Smart substations can monitor and control the operation and status of breakers, transformers and batteries, while smart power meters allow two-way communication to automate billing and data collection.

“If we consider the consumption side of smart grids, they require universal access by different consumers, including smart appliances, broad-scale electric vehicle charging outlets and non-residential trades,” Syed notes. “All of these technologies are necessary for the most efficient operations of smart grids, and they must be integrated fully and capable of working together to provide a fully realised solution.”

With buildings accounting for 40 percent of the total energy consumed and accounting for 39 percent of global carbon emissions, making buildings more efficient is one of the most important steps that can be taken to reduce consumption and slow down climate change.

“Smart technology is proving to be one of the best ways to do this,” Ramachandran says. “Making buildings smart also encourages the deployment of energy storage, and distributed renewable energy generation; namely rooftop solar, which creates an efficient, clean and resilient urban energy network.”

In cooling, smart grid is increasingly becoming a reality. In the GCC, Tabreed foresees that district cooling will serve more and more new communities and, more importantly, that buildings will be retrofitted to be connected to district cooling.

“We are convinced that using district cooling for future additional cooling demand would lead to energy savings and reduce the tension on electricity peak,” Chartrain notes, as he predicts that governments will play a critical role in the adoption of district cooling. “It requires significant planning to forecast demand, protect customers, and ensure that economic benefits are equally distributed along the value chain. Governments can create a favourable district cooling market by providing a regulatory framework based on GCC countries’ experience.”

Ultimately, power generation and the wider grids are expected to evolve into fully automated systems, with the automation of processes from power generation and distribution to service management. To achieve this, systems comprised of sensors, automated controls and advanced software will be needed to review real-time data, thereby enabling the detection and isolation of faults.

“Finally, we will see the evolution of plug-and-play technologies that enable and incentivise users to assemble and integrate their generation and consumption systems with the grid in a distributed and efficient way”. 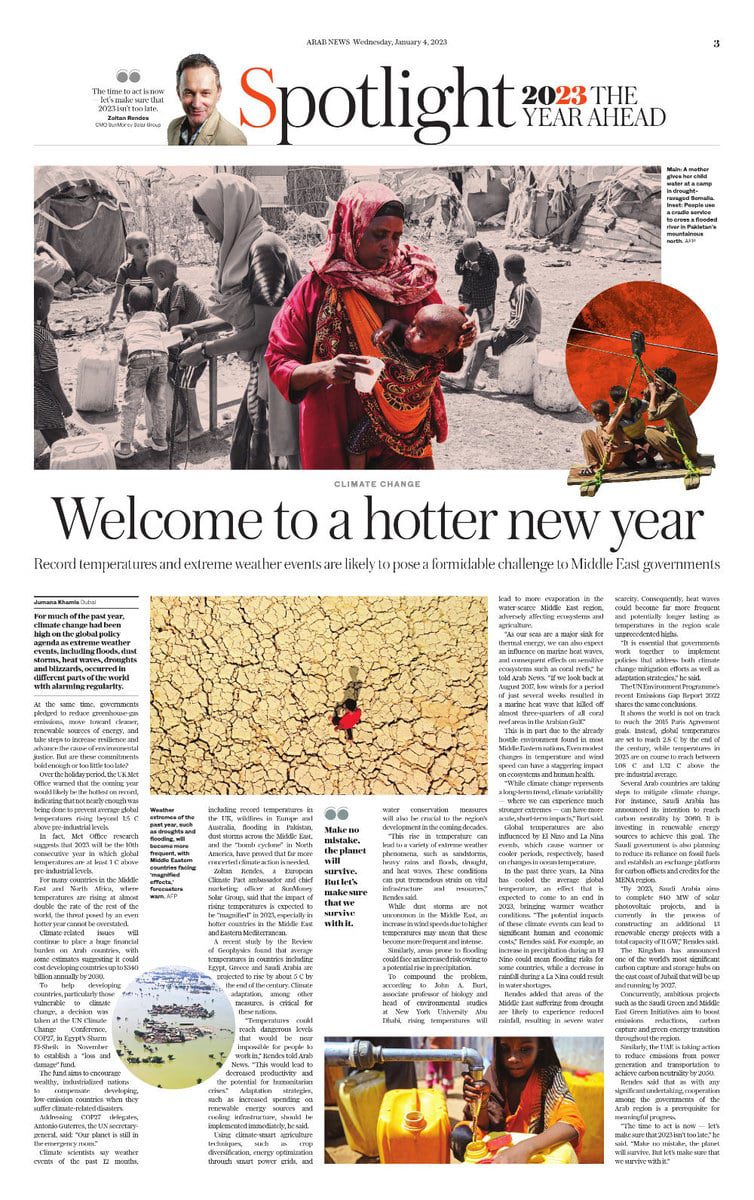